This was a project called “90 Days of Summer” we got in the end of the second year at uni. The brief said we had to do something the same, every day for 90 days and document it, so that in the end we could present everything in one piece of work. One of the restrictions was that this activity should not take more than 5 minutes a day.

I wanted to come up with something useful and thought-provoking, and since I’ve already took the responsibility of learning several German words a day, I decided to write each day an idea. Not specifically connected with design area, but simply something that might have some potential. So, I wrote them down around several days straight and then started to skip, I must confess.

In the end I had almost half of the content I needed to have, but that didn’t stop me. I decided to gather everything in a book that would remind the reader of the sketchbook where I wrote everything with some doodles and notes. So, the format of the publication was A6, just to fit in the pocket (well, almost), perfect binded, with 80gsm white sheets, paper cover and overall 94 pages in black and white. 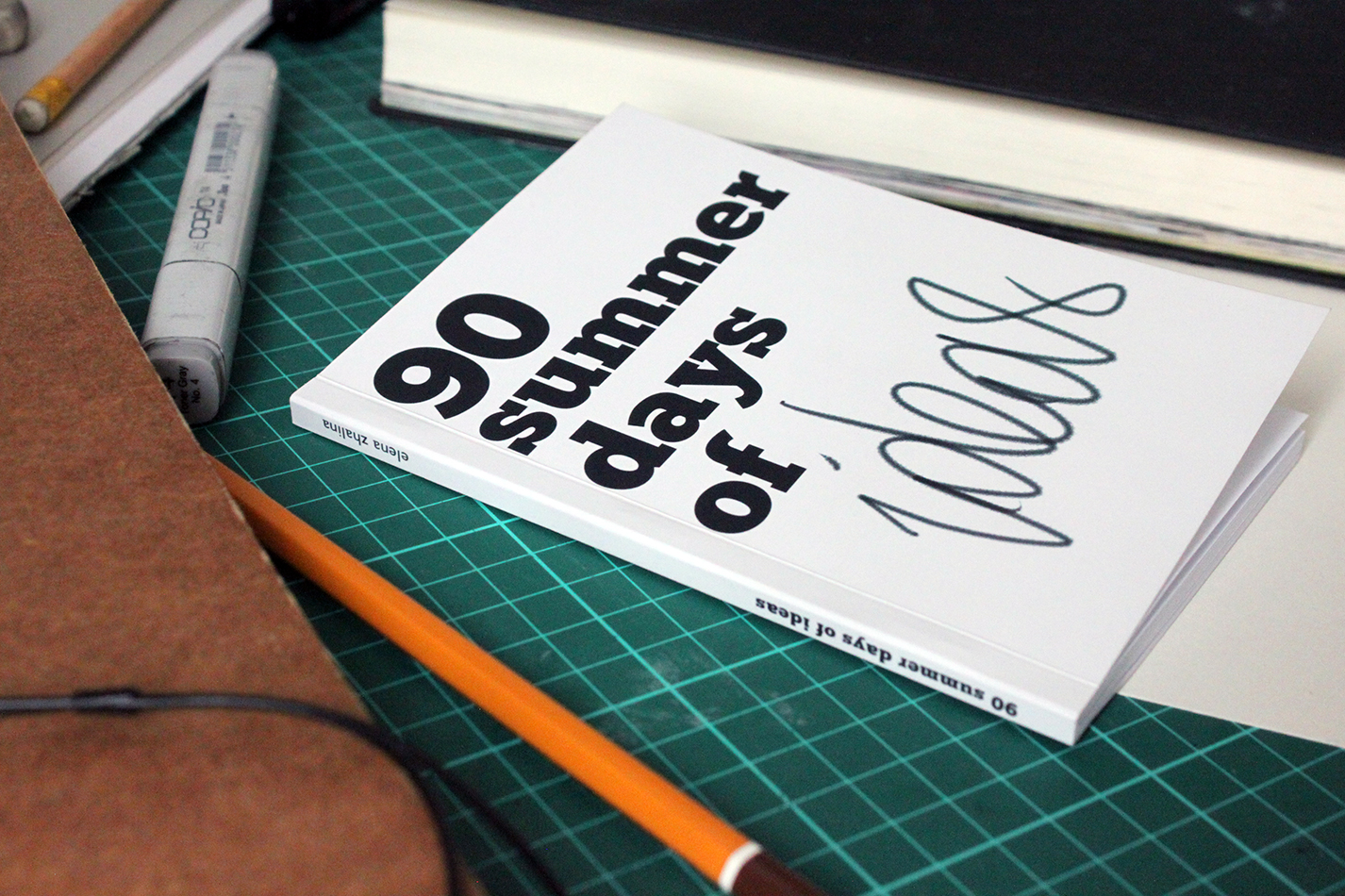 That heavy slab serif is not something that I’ve thought about too much. Somehow I had this image in my mind that there will be titles in heavy display typeface and as soon as I tested it, I decided that was just right. For the body text I chose Gill Sans, that, in my opinion, fit quite well, was easy to read and had that “sketchbook”, i.e. not too formal, feeling. 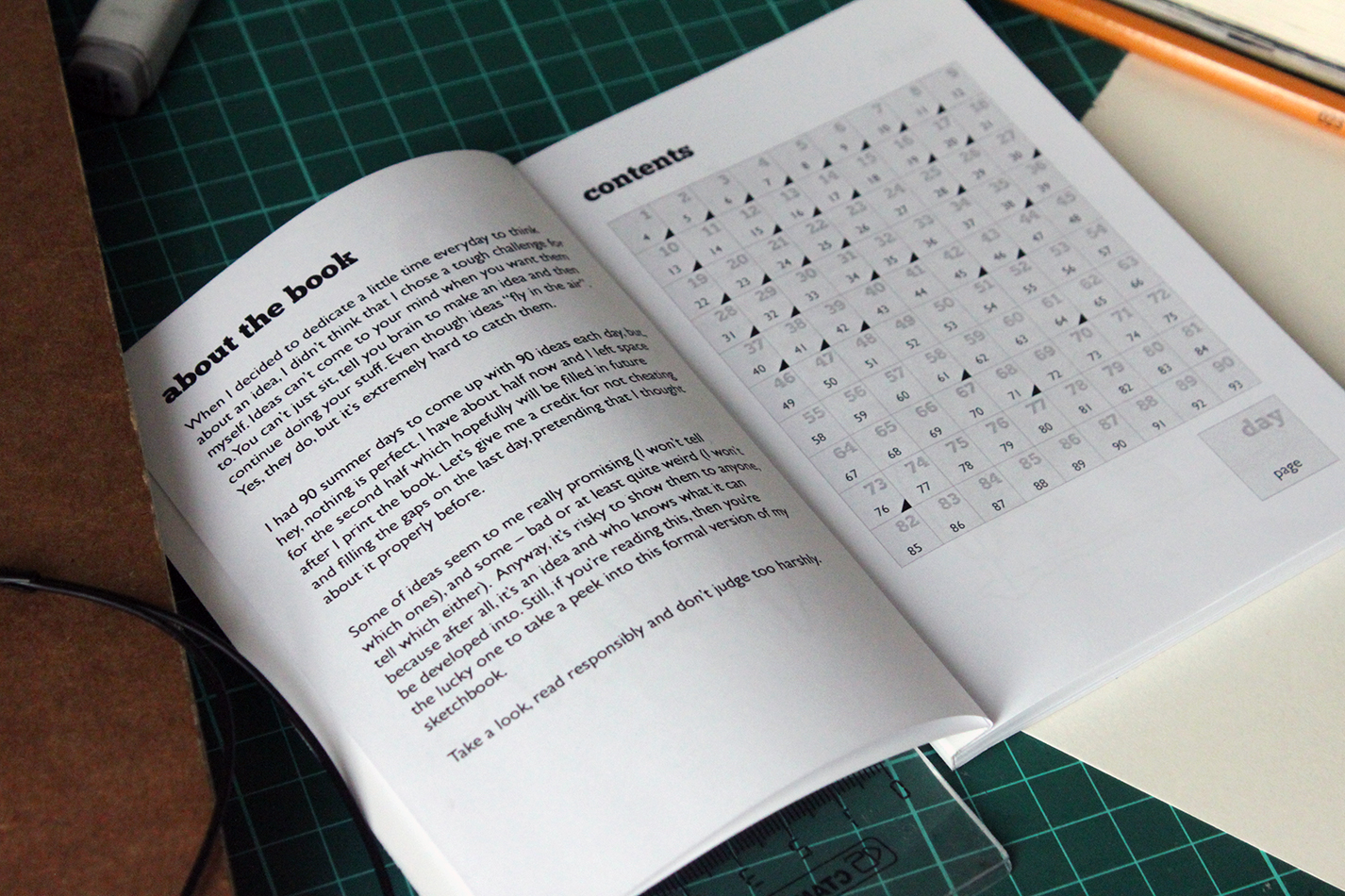 The contents page was a little bit tricky, since there were a lot of numbers and I also didn’t want to put the title of each idea and to reveal them altogether at the very beginning. The solution I found was to present it like a calendar, with the grey day number at the top right corner of one cell and the page number below. The little black triangles indicate days with ideas (now you can see the scale of my cheating).

The problem with this book though is that I can’t actually show the content, because it’s  of ideas (duh) and some of them I might develop in future (and some of them I would like to forget like a nightmare). But I can tell you what’s inside and you’ll take it on trust.

Ironically, since the lack of the idea is quite a big deal in this book, those empty days were just left blank. That on the other hand supports the reference to my sketchbook, so whenever I have something in my mind, I will be able to write it down right there. 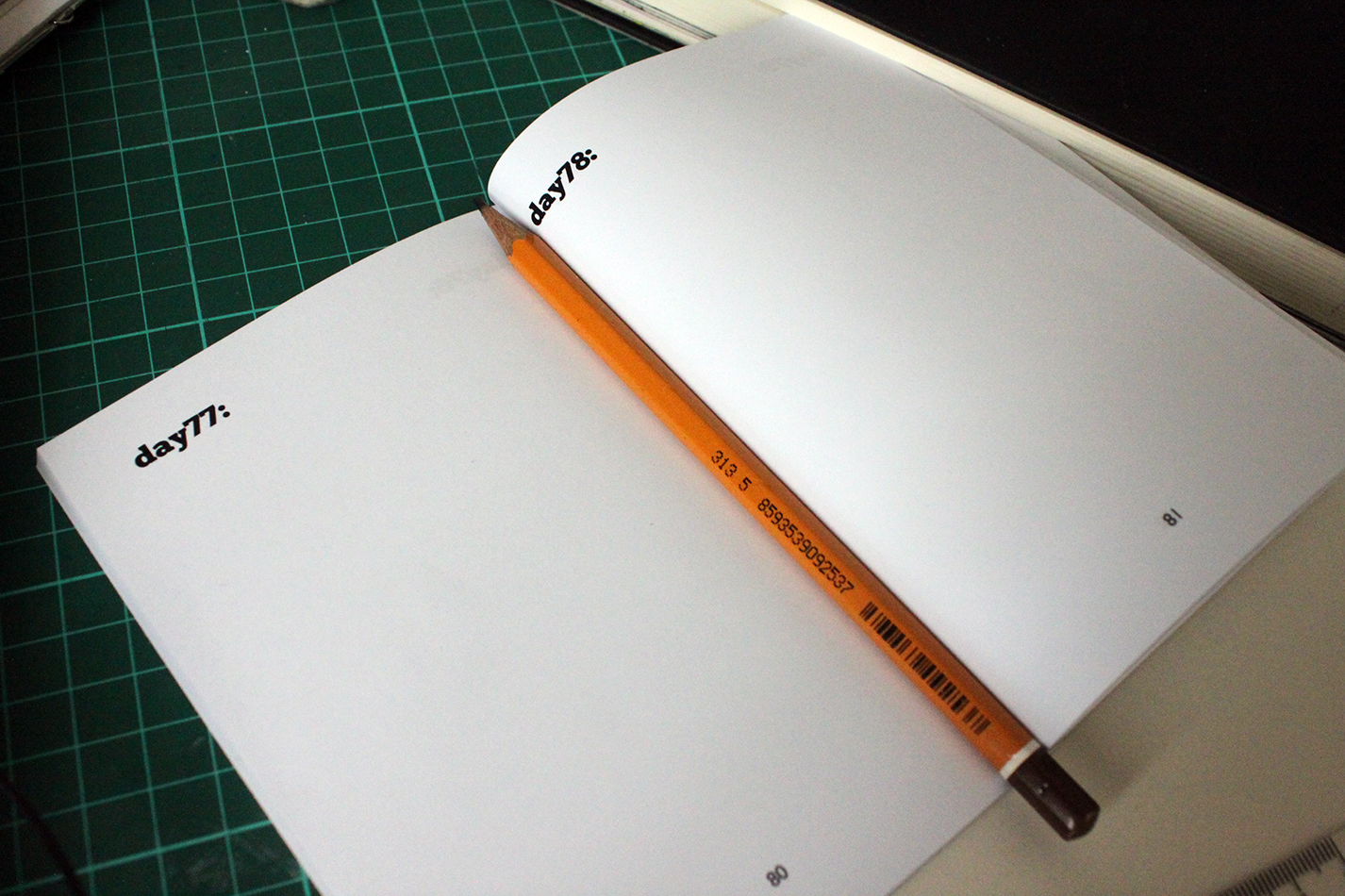 For the productive days I created an illustration together with a handwritten title and wrote a short description of the concept. The style of the imagery is based on my actual scribbles, so they look quite messy and sloppy. They were drawn digitally with a specific brush with imitation of a pencil texture. 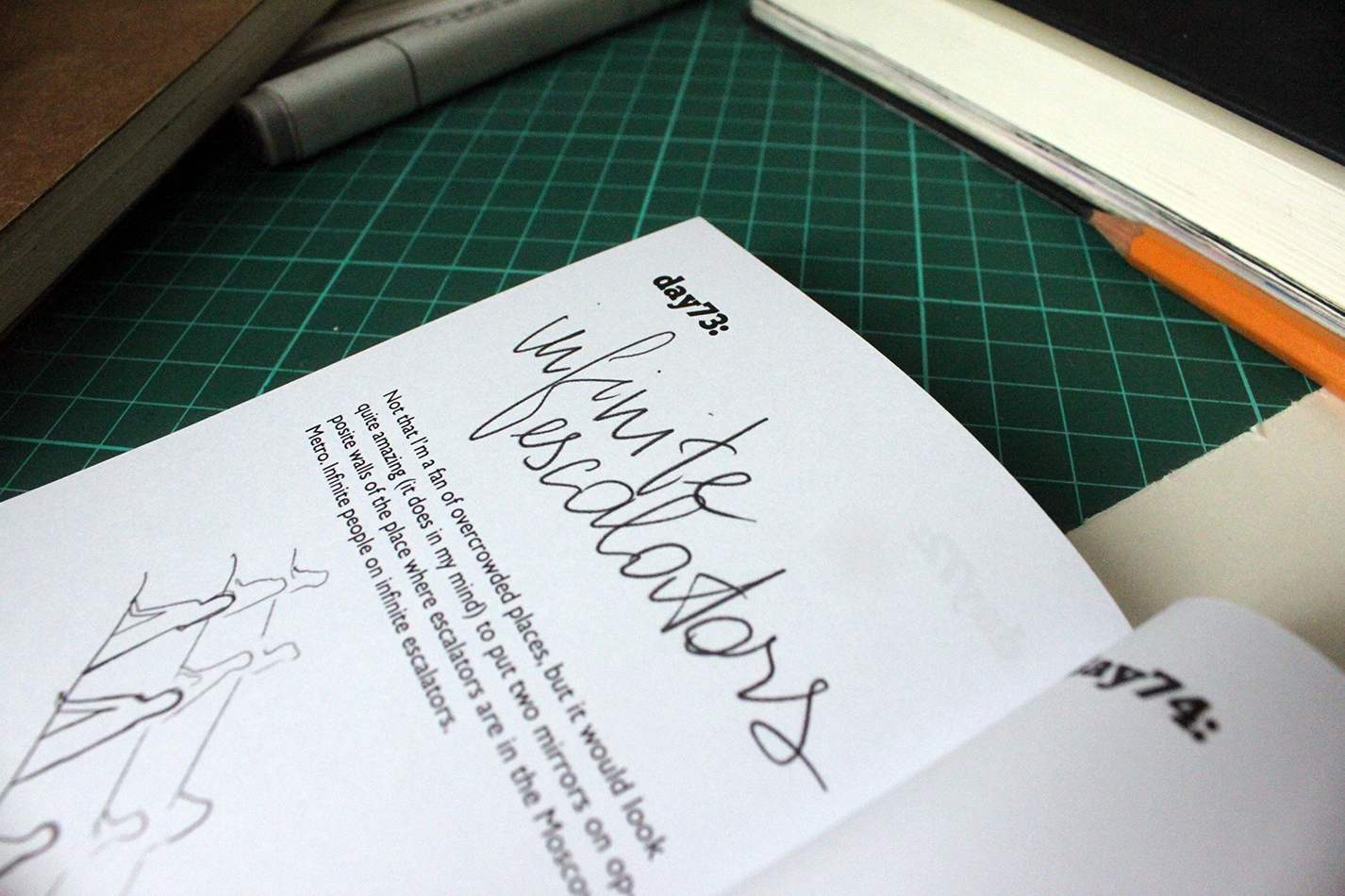 This is one of those pages. Apparently, I am not the only one who thought about this, so no mysteries here.

As for production process, it was my first experience of sending the digital file to the printing office, and there is actually not much to say about it. The most important part, I would say, is to calculate the margins, so nothing gets cut off, or ends up being too close to the edge.

Sending your work to a printing office gives you a number of advantages as in the end you get your book neat and clean and it’s often not so expensive especially if you order large edition. But at the same time it narrows the range of your possibilities.