“Kuskovo park which speaks with you in the same language.”

I’m excited to know that Igor Makovskiy and his project (number 996633 on the website) for Kuskovo park was chosen to be the best one among all the other participants of the competition. The competition was to create an identity for a historical park and estate Kuskovo in Moscow. 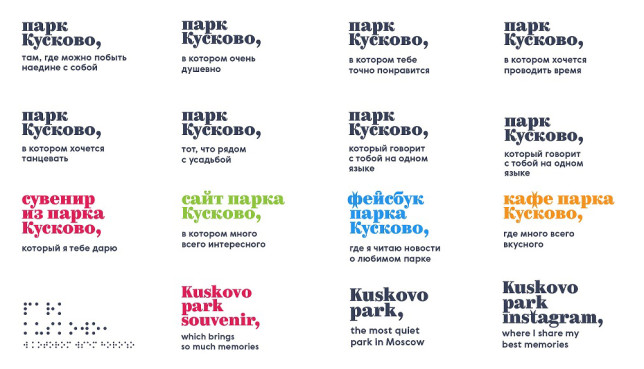 It is very apparent that his project is much different from the most of others. It does not only has a nice graphic execution, but what is more valuable – a strong idea behind it. What I saw in most of the works is desire to create graphics instead of design: abundance of visual material with little or no meaning. Many participants focused on the logo (which is logical), but did not really go beyond that (which is sad). Identity does not consist only of the logo and its variations on free behance mockups, that is especially true for an identity of a park: 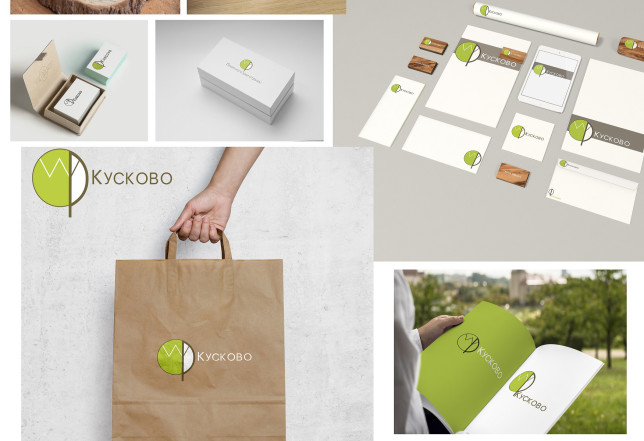 What is great about Igor’s work is that he uses a very personal approach. He communicates with visitors through informal language and simple words. And it is not something used very often: on the contrary, in Russia there is notorious love for bureaucratese and excessively complex constructions to describe something simple. Igor’s approach suggests openness and even (good) naivety. 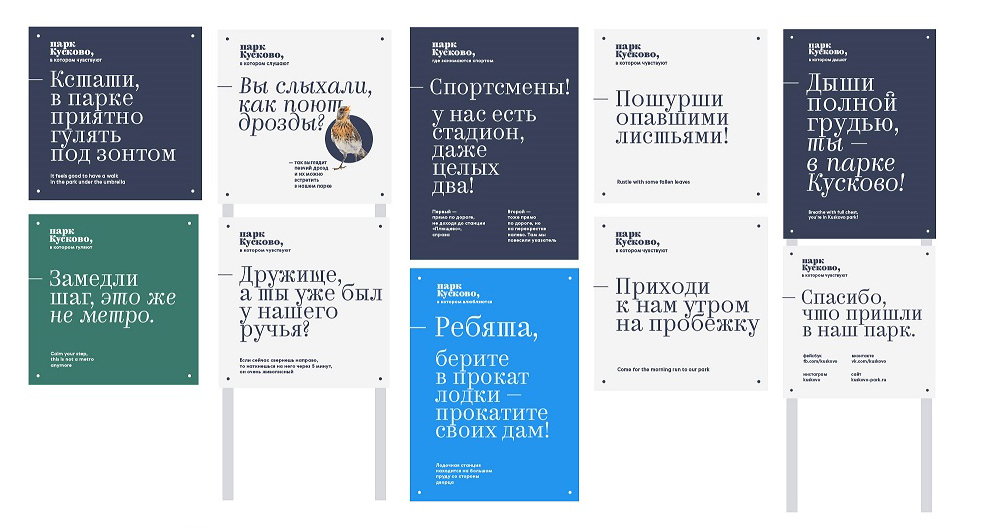 Second, he works mostly with typefaces and colour. In many cases graphics can be used as a substitute for a weak idea. It is not that easy to make design with little or no graphic material only by altering and combining typefaces that will look appealing in the end.

Some participants on the other hand showed almost fully illustrative approach:

But again, what is more important about Igor’s work is not so much how it looks but how it communicates. Instead of making up symbols and abstractions he uses the tool that has been already designed for him: language. And I’ll stress this again: he uses it not from the superior position, but as we all do in our ordinary life talking to friends, relatives, acquaintances. That makes us think that person who designed it tried to make a connection and show that he is the same. He also visits this park and uses its services. So he also wants them to be accessible and engaging (according to this website Igor says he usually goes to this park. I truly hope the participants who live in Moscow have visited the place before making identity).

This project brings up a very important approach towards designing:  it is crucial for designer to speak human language. As weird as it sounds, it is not that rarely when designer in a search for clarity or novelty oversimplifies or overthinks the subject and in the end comes up with something utterly obscure: 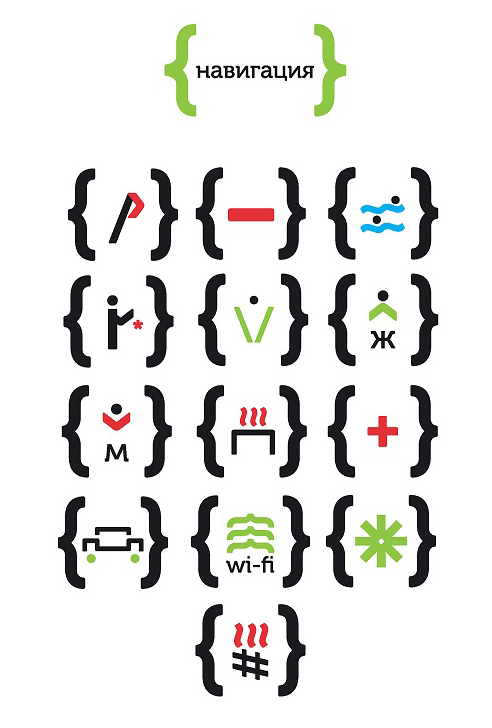 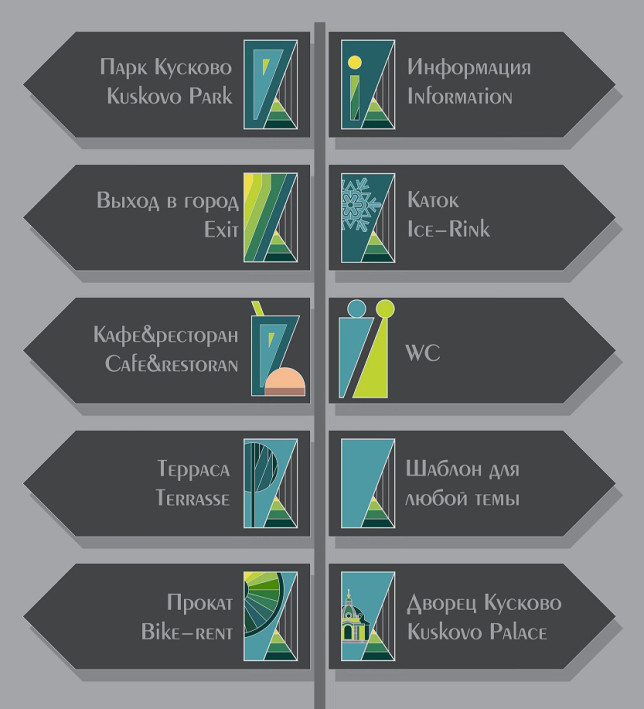 The common strategy was to pick up a detail, an aspect (or several ones) connected to the place and represent them in a logo. Not a bad task at all, but apparently a very difficult one to accomplish. Those connections based solely on designer’s associations can remain meaningful only for the designer. Sometimes there is also no way (and point) at all to squeeze in many different meanings in one ingenious metaphor.

What one can associate with one thing, another find totally random. If you make the logo green, that does not necessarily mean it will communicate the idea of calmness. Relying on your own associations can result in quite misleading design solutions. I believe it is a common pitfall and an easy one to fall into. After all it is proved that human brain tries to find correlation and create patterns between even absolutely random things.

So being explicit, sincere and talk in a way familiar to people can be a very successfull approach. And there is no need to reinvent the wheel to do so: there is already a whole language made for you that is being used successfully for thousands of years, why not to use it?